Viewability is an additional metric that we track on top of total impressions that measures how long an ad is displayed on screen after it has been served to a publisher zone, and then records it as "viewable" if it meets the minimum threshold for time on screen.

The minimum threshold for viewability is defined as at least 50% of the pixels in an advertisement being displayed in the viewable space of a user's browser (on an in-focus browser tab) for at least one second.

Viewability is becoming a standard metric for ad performance and provides a range of benefits:

How to see viewability stats.

Viewability can only be tracked on Standard Zones using Asynchronous Javascript OR Javascript zone tags.

When viewability is enabled, it will be active for all publishers and applicable zones in your account. Viewability stats. are shown next to each Ad item and Campaign assigned to a Standard zone.

For any campaigns that have previously recorded impressions, there will be a discrepancy between total impressions and viewability statistics in the interface. To get a one-to-one comparison, you will need to create a report with a specific timeframe selected or track viewability on new campaigns.

What the new viewability metrics mean:

Creating a Statistics Report for Viewability

Reports for viewability can be generated in the same way as any other report by enabling the viewability checkboxes in your settings dropdown of the Statistics Reports page. 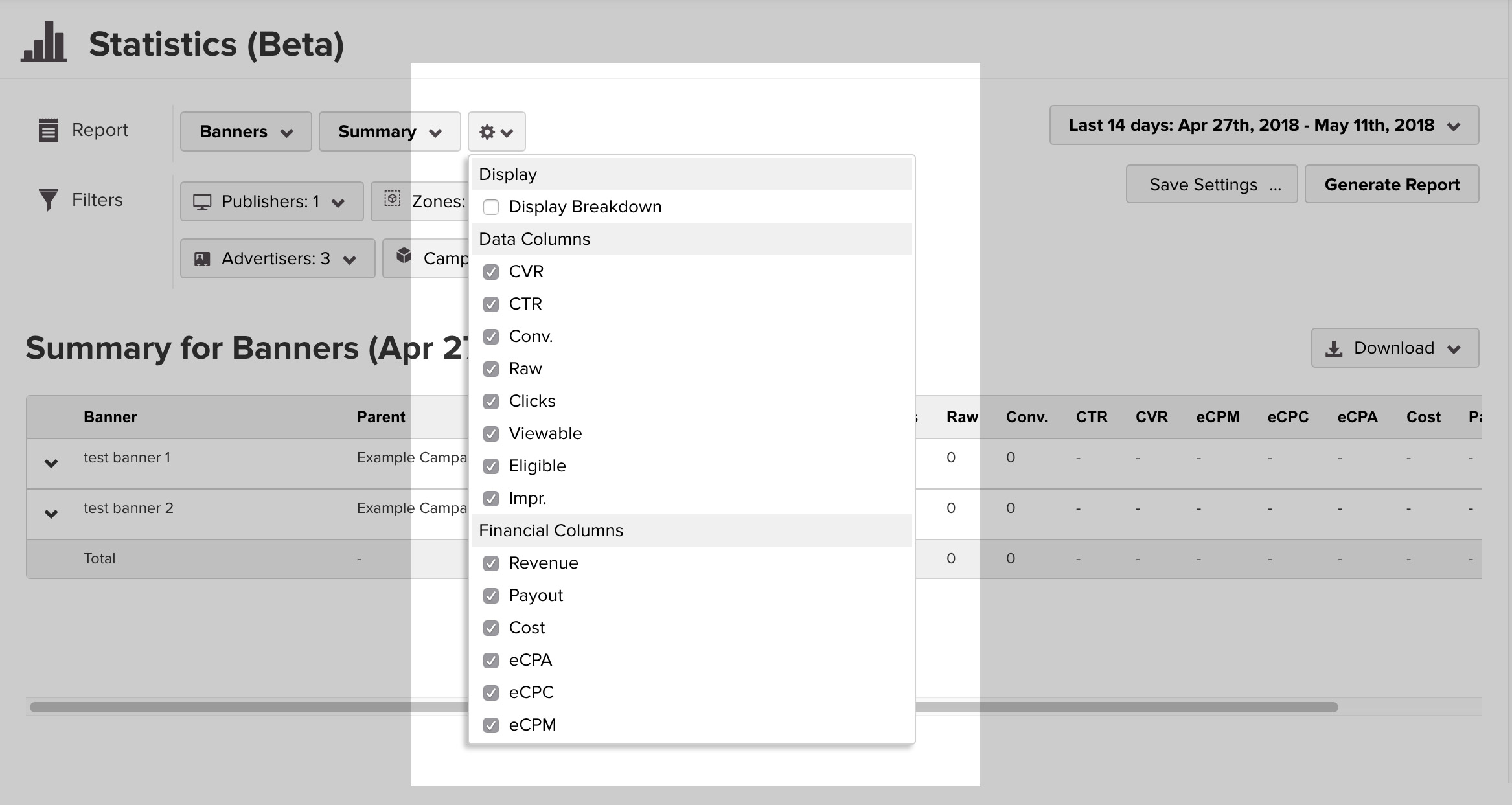 Was this article helpful?

Thanks for your feedback!

Can't find what you're looking for?

Send us an email